New Delhi : In the latest development, China has inscribed a massive mandarin symbol on the disputed area along with India and China's LAC.

The inscriptions have been located between 'Finger 4' and 'Finger 5' and measure approximately 81 metres in length and 25 metres in breadth and are large enough to be clearly spotted by passing imagery satellites. Earlier this week, Wang Hajiang, the overall commander of Chinese forces in Tibet was photographed repainting the character of 'China' in a frontier position along the India-China boundary.

According to images shared by NDTV via Planet Labs, massive China's consolidation of forces can be seen in the area where Indian soldiers were stopped from carrying out patrolling services in May.

At least 186 pre-fabricated huts, shelters and tents of varying sizes are visible in the new images with the Chinese occupying areas not just along the bank of the lake but 8 kilometres along a ridge-line which extends to Chinese territory.

There is significant Chinese construction activity visible along 'Finger 4', though no clear evidence of the Chinese moving towards Indian positions between 'Finger 1' and 'Finger 3'. 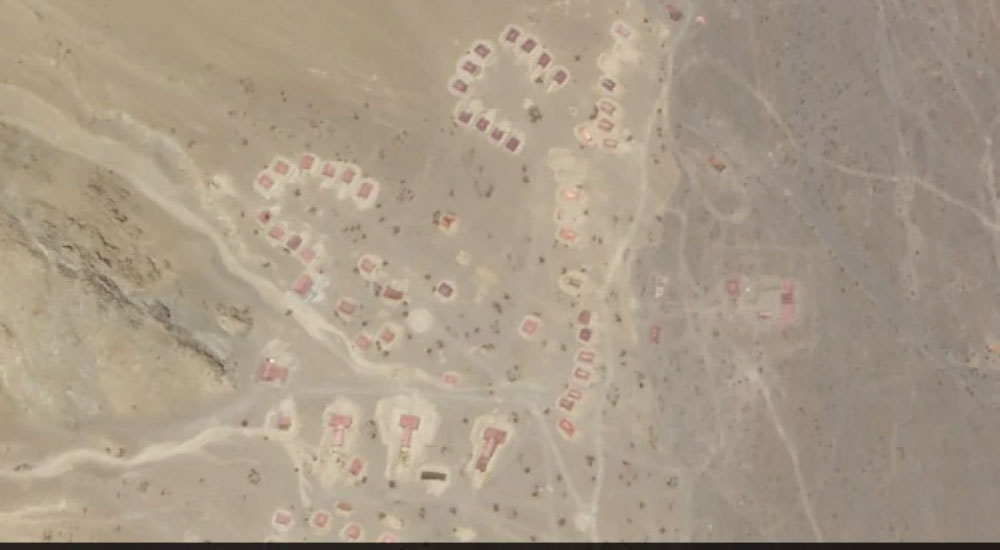 On Sunday, Prime Minister Narendra Modi indirectly referred to Chinese aggression in the region without directly naming Beijing. "Those who cast an evil eye on Indian soil in Ladakh have got a befitting response. India honours the spirit of friendship. She is also capable of giving an appropriate response to any adversary, without shying away.'' On June 27, Vikram Mistry, India's Ambassador to Beijing said, "The resolution of this issue is quite straight forward from our perspective. The Chinese side needs to stop creating obstruction and hindrances in the normal patrolling patterns of the Indian troops.''