Ranchi : India on Tuesday blanked out South Africa in a three-match Test series with a spectacular win in the third and the final game played in Ranchi by 202 runs and an innings. With this India consolidated their spot at the top of the points tally in the ICC World Test Championship 2019-2021.

India has gained another 40 points with the victory, making their total point count zooming to 240, which is 180 points more than the New Zealand who are at the second spot of the tally with 60 points followed by Sri Lanka (60), Australia (56) and England (56) at third, fourth and fifth spot respectively.

Indian opener Rohit Sharma also played his innings like a star and bagged the Man of the Series and match award. He scored 529 runs in the three Tests at a staggering average of 132.25, the most by any batsman during the tour.

The good run also saw him climb to the number two spot in the most runs tally of the ICC World Test Championship. He is just second to Australia’s Steve Smith, who accumulated 774 runs in four Ashes Tests.

Ajinkya Rahane, on the other hand, has grabbed the third spot with 487 runs in five WTC Tests at an average of 81.16. Check out the list of the top 10 run-getters in the ongoing WTC: 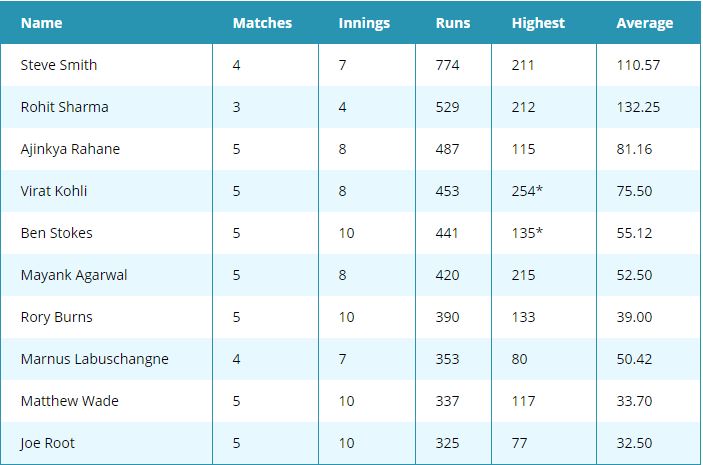