New Delhi : Mahindra and Mahindra is all set to announce the new versions of its many SUVs, including a Scorpio, XUV 500 and Thar. A leaked report suggests that the company is now testing the new variants of the cars on road these days.

The 2020 Mahindra Scorpio, XUV 500 and Thar are expected to make a debut in the upcoming Auto Expo in the February next year.

Mahindra Scorpion has remained one of the finest SUV cars from Mahindra. Since its first official launch in 2002, the car has been facelifted twice - One in 2006 and the most recent update in 2014.

The upcoming model looks drastically different from the current version of the car and looks ready to compete with the new rivals of the market.

The leaked pictures posted by GaadiWaadi gives a glimpse of the upgraded interior and exterior of the car. In the picture, the car was seen wrapped in a camouflage, but they managed to sneak in to some of visible elements.

The centre console and the control dials look almost similar to the one used in the existing Scorpio, as does the chunky steering wheel with mounted controls. 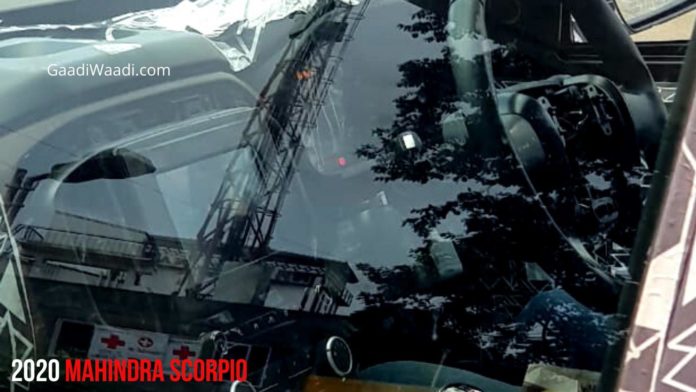 As seen in the picture, a touch screen console is positioned in the middle of the dashboard. An all-digital instrument cluster could also be offered but the layout remains the same in the test prototype. 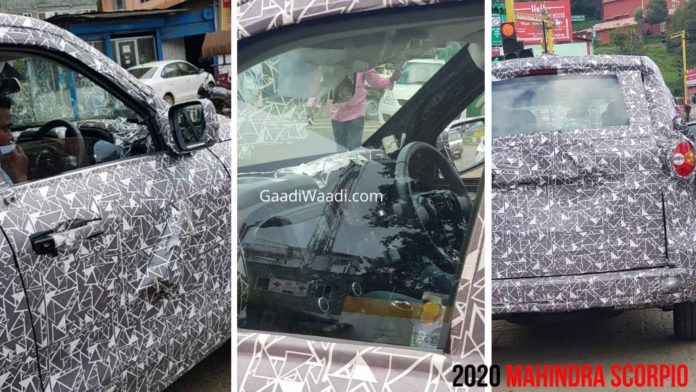 The leaked report also mentioned that the car will be powered with an all-new 2.0-litre four-cylinder diesel engine that will also power the second-gen Thar. It will be BSVI compliant right from the word go and it could be mated to either a manual or an automatic transmission.