Rajkot : Indian Premier League (IPL 2017) has begun and like always Shah Rukh Khan was present in stands to cheer his team Kolkata Knight Riders, who were playing their first match against Gujarat Lions on Friday.

What grabbed everyone's attention was once again his most adorable cutie pie son AbRam.

Shah Rukh Khan's team Kolkata Knight Riders thrashed Gujarat Lions by 10 wickets to kickstart IPL 10 with confidence. Following are some pictures of the adorable father-son duo, who seem to enjoy every bit of the game.

Before you scroll down don’t forget to spot AbRam's tattoo on the shoulder visible in one of the following pics. Here are the father-son moment from the game: 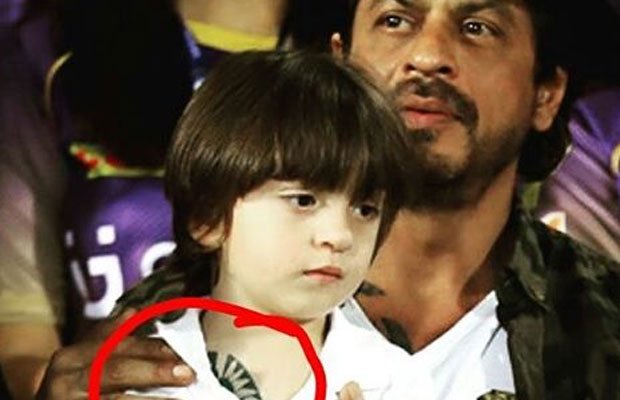 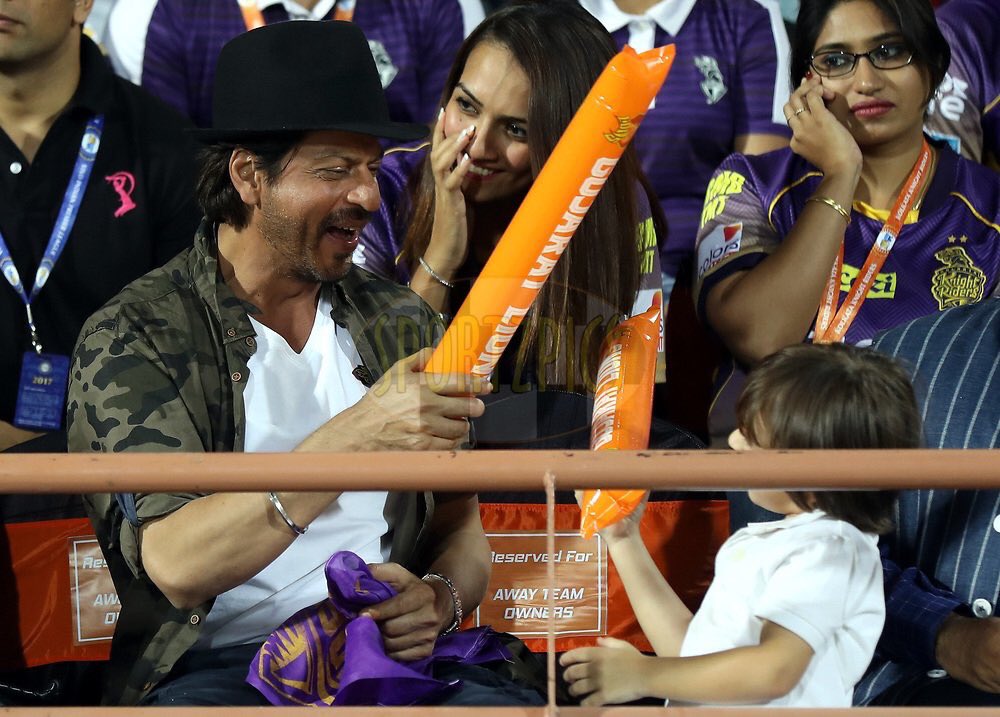 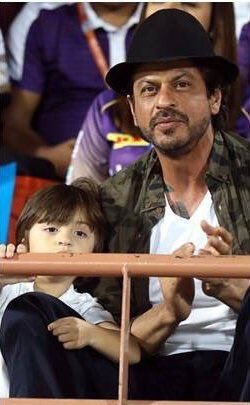 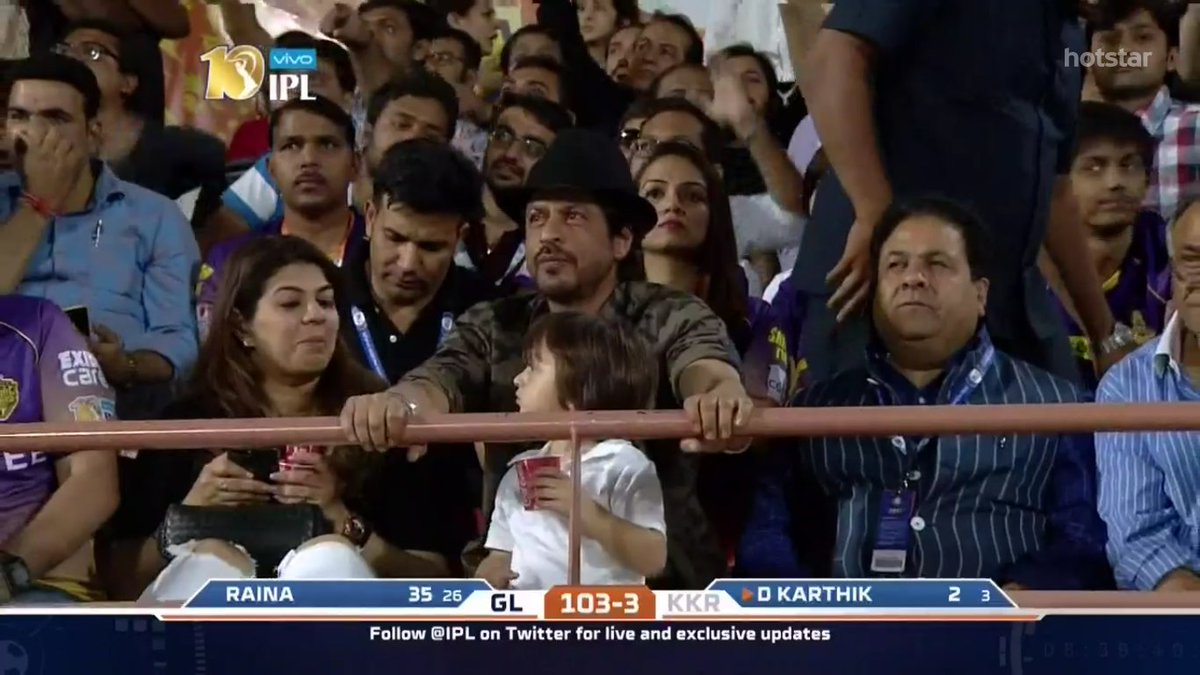