Ranveer Singh as Kapil Dev is breathtaking in '83' new look

Mumbai : Ranveer Singh on Monday shared his look as Kapil Dev from his upcoming movie '83' based on Kapil Dev who gave India its first world cup in cricket.

In the new look, Ranveer Singh can be seen in action on the field as Kapil Dev. He looks breath-taking and if someone does not give it a closer look then he may confuse him with the latter. Incidentally, it also happens to be Kapil Dev's iconic shot – the Natraj shot.

Coming to other aspect hidden in the picture, the way Ranveer Singh has molded himself into Kapil Dev's then avatar; it is a clear example of how Kabir Khan has put in an extra effort on the detailing of the character.

Sharing the picture with fans, Kabir Khan wrote that India will be watching the match in April that never got televised. 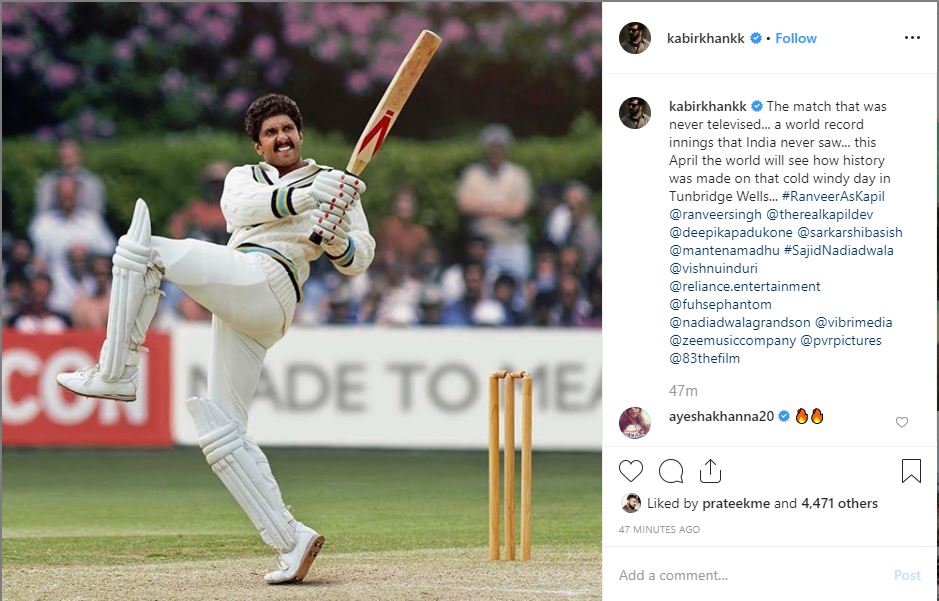 The film has been scheduled to release in theaters on April 10, 2020. 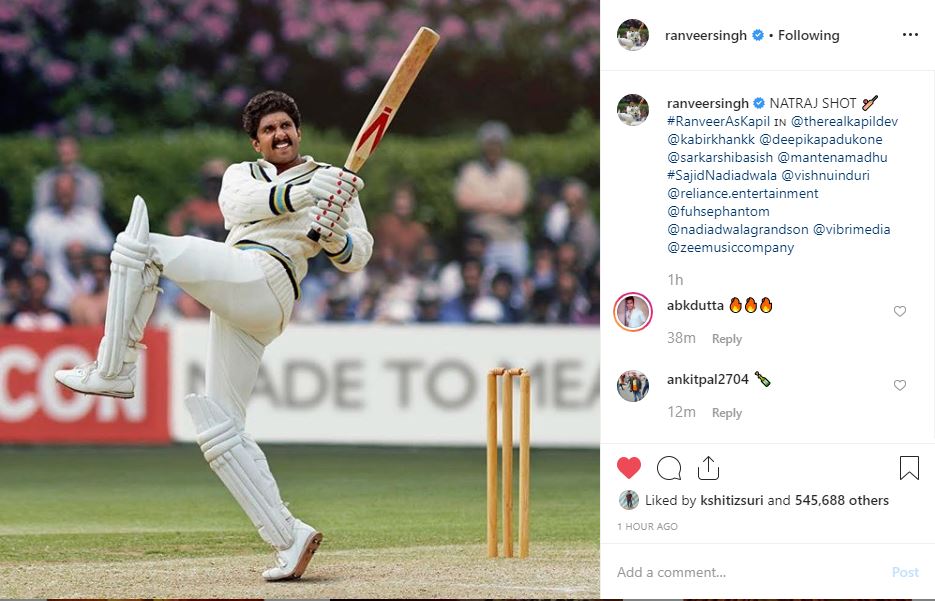