Other superstars like Salman Khan, Varun Dhawan and Alia Bhatt on Saturday spellbounded the audience with their electrifying performances at the event.

Clad in a traditional saree, Alia Bhatt received the Best Actress Award for her outstanding performance in the film "Udta Punjab" and later shared a picture holding the award on her Instagram account. 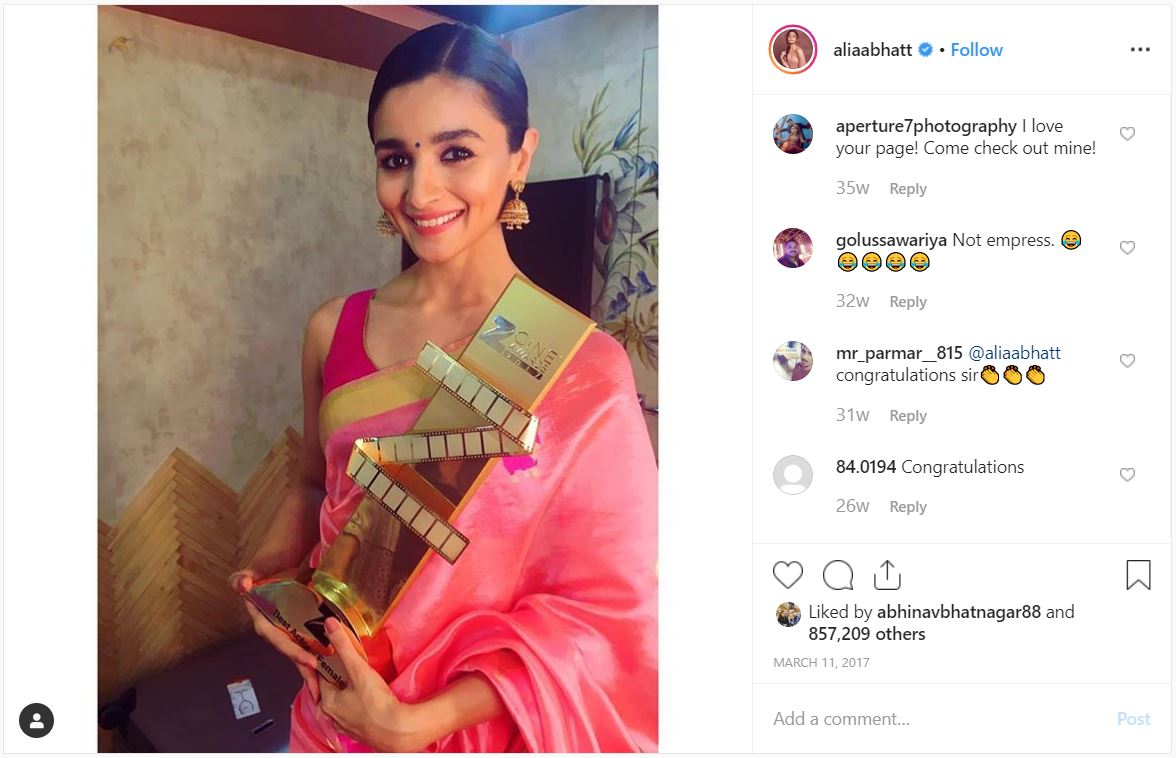 Amitabh Bachchan proved again that he is the megastar of Bollywood as he won Best Male Actor award for the film "Pink".

Ritika Singh, who acted opposite R Madhavan in Saala Khadoos, tweeted after winning the best debut female award and dedicated the award to her parents.

Anushka Sharma received The Viewer's Choice Best Actor Female award for "Sultan" while her male counterpart Salman Khan won the award in the male category for the same film.

The producer of the film "Neerja" Atul Kasvekar tweeted that director Ram Madhvani won the Best Director Award for the film while Saiwan Quadras won the best screenplay award.

Neetu Kapoor who wore a formal attire said, "As my husband Rishi Kapoor received two nominations, I am here to receive the award on his behalf if he wins. Looking forward to it tonight."

Ace choreographer Shiamak Davar told media that he treats every award shows as a different and does not repeat anything.

"I am quite excited about how Varun and Alia perform tonight because they are my students," he said.

Govinda arrived with his daughter Tina Ahuja who said, "After a long time I will watch my father perform live on the stage. I have come here especially for that."

He performed with actress Raveena Tandon at the award ceremony hosted by Manish Paul.

Actress Vidya Balan attended the event in a white saree and traditional jewellery. She was excited on her forthcoming film "Begamjaan".

The award ceremony will be aired on Zee Cinema on Saturday, April 1 at 7.30 p.m.