New Delhi : South superstar Rajinikanth is back with yet another commercial entertainer titled as 'Darbar'. Directed by AR Murugadoss, the film is bankrolled on a huge scale by Lyca Productions.

The film will be released in four languages – Tamil, Telugu, Malyalam and Hindi. The makers have released the motion poster of the movie and to make it interesting Kamal Haasan, Mahesh Babu, Mohanlal and Salman Khan shared the poster in their respective languages.

In the motion poster, Rajinikanth is shown fighting and then sitting on a chair where is looks magnificent. Sources close to the team revealed that this rolling chair fight sequence would one of the highlights of Darbar. 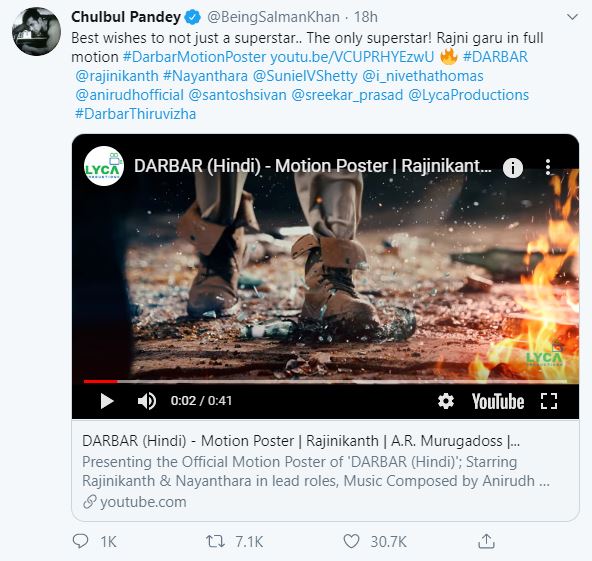 Darbar has been slated to hit the silver screens on Pongal 2020.