Mumbai : Television actor Preksha Mehta allegedly committed suicide at her residence in Indore by hanging herself to the ceiling fan. The extreme step was taken by her on Monday night but her father and brother got to know about it on Tuesday, they soon took her to the hospital where she was declared dead on arrival.

SpotboyE reports that the 25-year-old actor, who had acted in shows such as Crime Patrol, Meri Durga and Laal Ishq, was stressed because of work.

Before committing suicide, she left a final note on her Instagram where she mentioned about the reasons behind her decision to end her life.

Rajeev Bhadoriya, the officer in charge of the Hira Nagar police station, said, “Preksha was a TV actor and was in the city since the lockdown. We are investigating the case further to know the reason of her suicide” 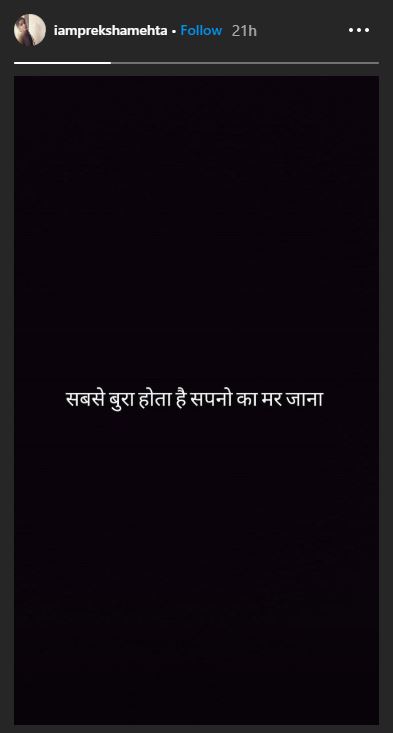 China prepares for war amid coronavirus pandemic
India reaffirms, not getting back from areas China intruded in Ladakh
Top News