The notice that acts as an international arrest warrant claims that Purvi Modi is required on charges of money laundering. ED had requested a red corner notice against her to proceed their investigation in PNB fraud case. 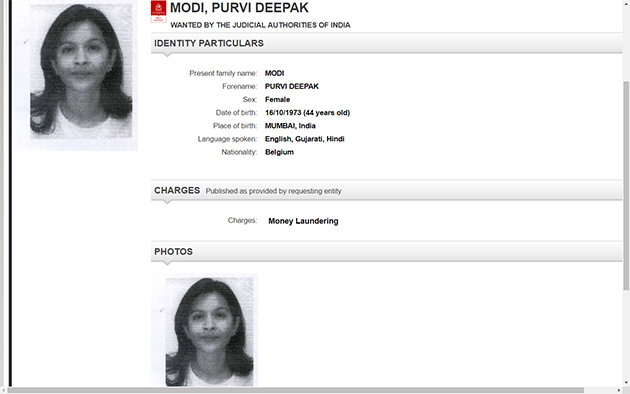 She was named in ED's first chargesheet with laundering the alleged proceeds of crime generated by defrauding the Brady House branch of the Punjab National Bank NSE in Mumbai.

Once an RCN is issued against a fugitive, Interpol asks its 192 member countries to arrest or detain the person if spotted in their countries after which extradition or deportation proceedings can begin.

A similar Interpol notice was recently issued against Mihir R Bhansali, a top executive of Nirav Modi's US business concern, on charges of money laundering.

Suicides by 2 IPS officers in 5 months rattles UP Police (News Analysis)
No renegotiations over economic corridor with China: Pakistan