New Delhi : The images of much-coveted Hindu Lord Ram temple in Ayodhya will be beamed across giant billboards in New York’s iconic Times Square on the day of the ‘bhoomi pujan’ of the temple on August 5.

The organisers describe the celebration as a one-of-a-kind and historic event. Prime Minister Narendra Modi will lay the foundation stone for the construction of the Ram temple in Ayodha. 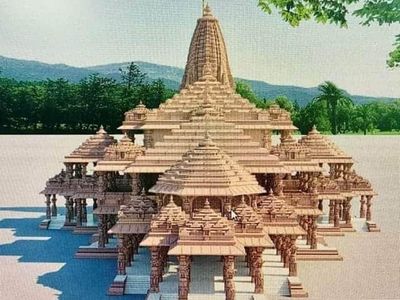 Images of the words 'Jai Shri Ram' in Hindi and English, Lord Ram's portraits and videos, 3D portraits of the temple's design and architecture as well as pictures of the laying of the foundation stone by PM Modi will be displayed across several billboards in Times Square on August 5 from 8 am to 10 pm.

The news was confirmed by the President of the American India Public Affairs Committee Jagdish Sewhani.

Sewhani said that the arrangements are being made to celebrate the historic moment in New York on August 5.

"This is not a once-in-a-lifetime or a once-in-a-century event. This is an event that comes once in the life of mankind. We had to give it a befitting celebration and what better place than the iconic Times Square to commemorate the 'Ram Janma Bhoomi shilanyas" (groundbreaking ceremony), Sewhani said.

Times Square billboards are among its most striking and popular features. The celebrations in Times Square will be marked by sweets distribution by the Hindus.