Know Why lord Krishna broke his flute and how Radha died?

New Delhi : Love is all around us and most of the time, couples in India, often relate themselves to the heavenly couple, Krishna and Radha. Their names cannot be taken without each other. Without Radha, Krishna is incomplete and without Krishna, Radha can never be complete.

They are believed to have shared the love via their souls. But, the tragedy is that Lord Krishna never married his beloved Radha. The divine love story ended with the death of Radha. Here is a little we must know how she died and why Lord Krishna broke his flute.

According to the Vedas, Lord Krishna fell in love with Radha when he was just eight years old. His love for her was so true and eternal that he maintained his feeling throughout his lifetime.

It is believed that Lord Krishna used to love only Radha and his flute, more than any other people or things in his life. It was his flute skills which attracted his love to him. This is why he used to keep the flute always with him.  But, the couple never managed to be with each other.

After being released from all the duties, Radha went to meet her Krishna for the last time. When she reached Dwarka, she heard about Krishna's marriage to Rukmini and Satyabhama but she did not feel sad.

When Krishna saw Radha, he was very happy. Both talked to each other for a long time. However, nobody knew Radha in Dwarka. She requested Krishna to appoint her as a Devika in the palace.

Radha lived in the palace throughout the day and as soon as she got the chance, she used to see Krishna. But in the palace, Radha could not feel the spiritual connection with Lord Krishna like before. So Radha decided to go away from the palace with the aim to establish a deep spiritual relationship with Shri Krishna. 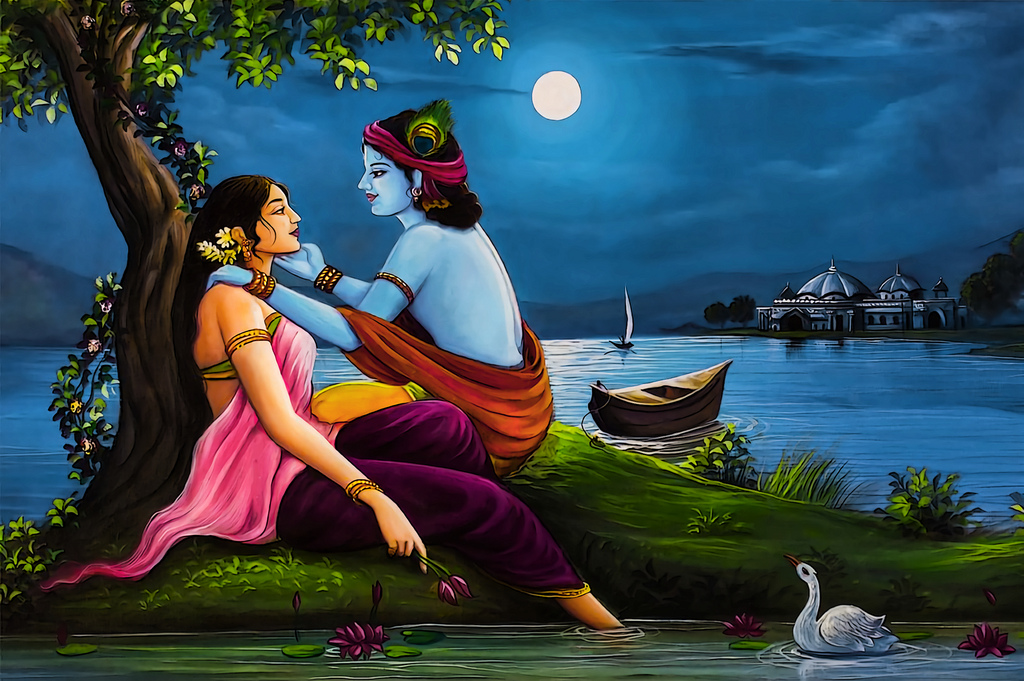 Radha did not know where she was going and is completely lonely and weak in her last days. Lord Shri Krishna came in front of them in the last time. Krishna told Radha that he demanded something from her, but Radha refused. On the request of Krishna again, Radha said that she wants to see her playing flute for the last time. Sri Krishna took a flute and started playing in a very harmonious tune.

Shri Krishna played flute day and night until Radha took her last breathe and merged with Krishna in a spiritual way. Radha abandoned her body while listening to the tunes of the flute.

Lord Krishna could not bear Radha's death and broke his flute as a symbolic ending of love and threw it into the bush. Since then, Sri Krishna has not played the flute or any other instrument of life.