New Delhi : Social media users, including some of the prominent names, shared a picture that appears to be the magazine cover of TIME magazine showing Donald Trump making an exit, probably pointing the sad situation in the US.

However, with a little research and fact check it has been found that the viral magazine cover is not authentic.

Check out the viral TIME magazine cover which has also been shared with famous Shobhaa De. She captioned the image as 'Pure Brilliance!" 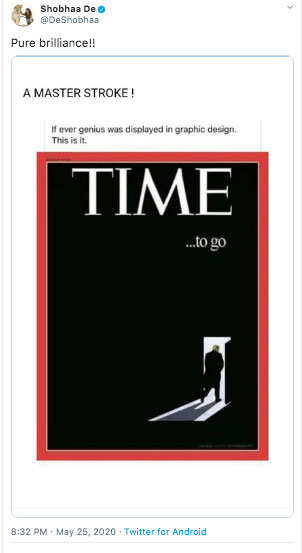 Meanwhile, several other social media users shared on their profiles, making it a viral one.

News Heads cross-checked with the Time Magazine official cover and also plaid the official pages and found out that the actual cover is nowhere related to what has gone viral.

Key elements such as the dateline on the top right of the official cover (on the right) and the name of the website “time.com” are missing in the viral image. 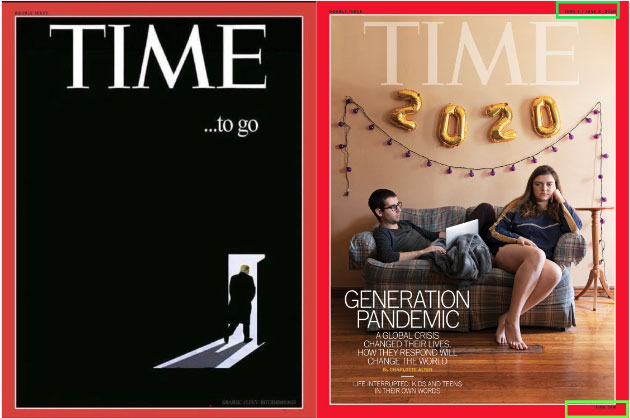 Further, we checked the website of The Vault which has TIME magazine’s online archives but could not find any edition which had the cover as the one seen in the viral image.

Also, a TIME spokesperson confirmed to Reuters that the cover in question is not an authentic one.

Hence, it has been established that the viral cover showcasing US President Donald Trump's silhouette is a fake viral image.