#9pm9minutes: This is how India looked from space on Sunday at 9 PM

New Delhi : India came together to light up diyas and candles to show how we all are united in the fight against the novel coronavirus; Prime Minister Narendra Modi had urged the nation to switch off the light for nine minutes at 9 pm on Sunday.

As the clock ticked 9 pm, the nation saw a historic response from every corner of the country with people switching off their lights and coming out to the balconies with diyas and candles.

Meanwhile, a science portal TeCake has shared a glimpse of how India looked from the outer space.

According to the report by the portal, the picture was shared from one of the astronauts aboard International Space Station. While, News Heads could not find the image anywhere on the official social media handles of the NASA, ISRO and ISS.

Check out the image below: 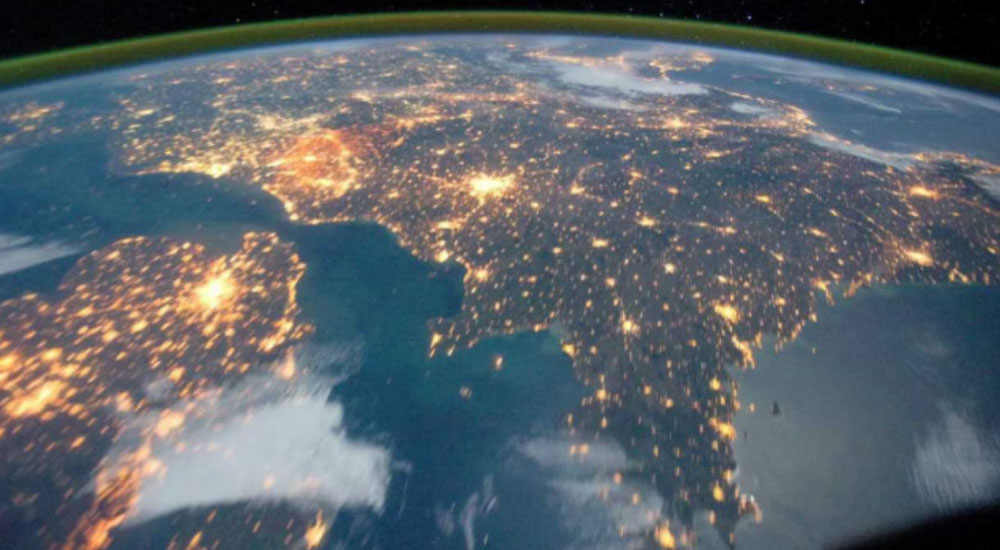 Launched in 1998, International Space Station is an artificial satellite in the lower Earth orbit which is visible from land with the naked eyes.