Melbourne : Pop star Katy Perry has been confirmed to perform at the Women T20 World Cup final on Sunday March 8 – International Women's Day – at the Melbourne Cricket Ground (MCG). She has been roped in to perform during the both – pre match and post match – celebrations during the biggest women's cricket match of all time.

The game also happens to be an opportunity where there will be a chance to set a new world record for attendance at a women’s sporting fixture on the day when equality and women’s achievements are celebrated globally. Till date the highest number of crowd amount to 90,185 during 1999 FIFA Women's World Cup final in Pasadena, California. 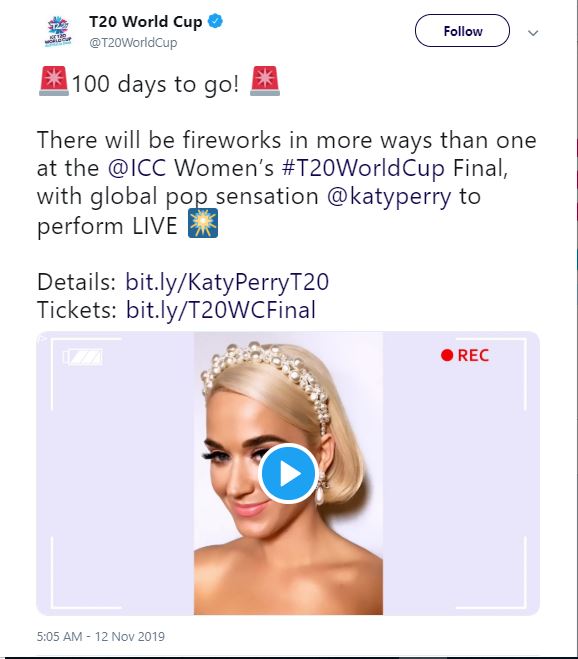 The announcement coincides with the fact that the tournament is all set to begin after 100 days when Australia will be taking on India in a blockbuster opening match at Sydney Showground Stadium on Friday 21 February 2020.