New Delhi : Prime Minister Narendra Modi on Sunday addressed a rally in Ramlila Maidan to slam Congress and other parties over the protest against the CAA. Interestingly, Saina Nehwal posted a tweet to praise PM Modi's speech that appeared to be a coordinated campaign.

Nehwal, and several others tweeted: "I m hearing a thought provoking speech from @narendramodi sir 🙏#RamlilaMaidan."

While the tweets were all the same, there was a common grammatical error in all of them - a missing the apostrophe after "I" and missing the hyphen in "thought provoking."

Moments after Saina Nehwal's tweet, some sharp-eyed Twitteratties took the screenshots of the identical tweets and posted them on social media to claim that this could be a coordinated effort from BJP to boost the reach of PM Modi's speech. 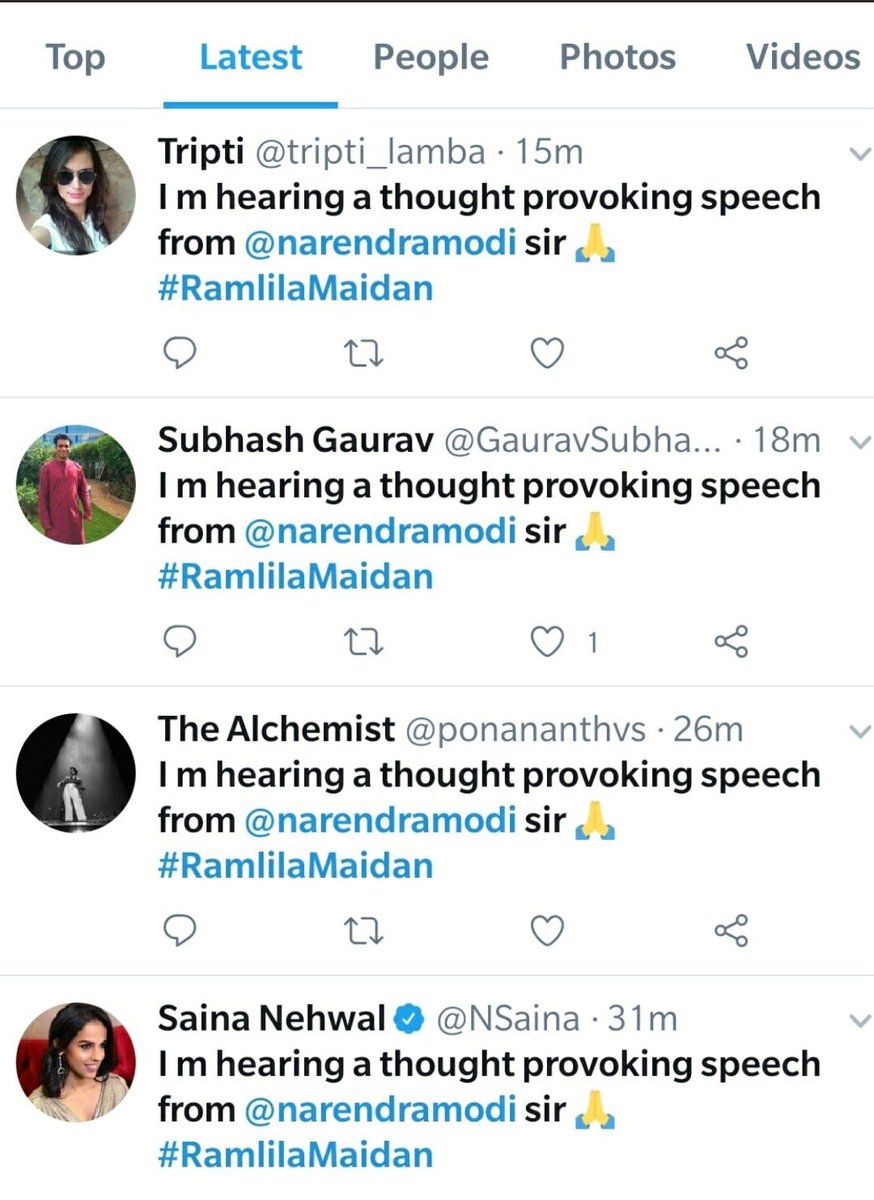 This has not happened for the first time when Saina Nehwal has been caught in such co-ordinated tweets.

On the eve of Diwali in October, Nehwal was among many other sportswomen who put up identical tweets thanking Modi for his "initiative to empower women."

All the sportswomen posted the exact same text, "I thank @narendramodi for his initiative to honour and empower women this Diwali. Acknowledgement motivates us to work harder and make India proud. #bharatkilaxmi."

In fact, according to Alt News, some of them had forgotten to delete the word "Text:" before the message, which presumably had been sent to them as part of the campaign.

No rules framed for all-India NRC; in Assam it was a mandate of SC: PM Modi
Brazil's Giovanna Casagrande crowned Miss Teen Earth 2019 held in Ecuador