New Delhi : For one more time, Mi 10 pro specifications have been leaked through an image shared on Weibo. As per leaked image, the smartphone is likely to come with a massive 16GB RAM option. This is unlike the existing top-end smartphones that have up to 12GB of RAM.

In the first quarter of the current year, Xiaomi is likely to launch its flagship smartphones Mi 10 and Mi 10 Pro. Both phones are expected to be amongst the first phones to debut with the Qualcomm Snapdragon 865 SoC. The Mi 10 Pro, in the series, is also rumoured to have 65W fast charging support.

Check out the rumoured specifications of Mi 10 Pro 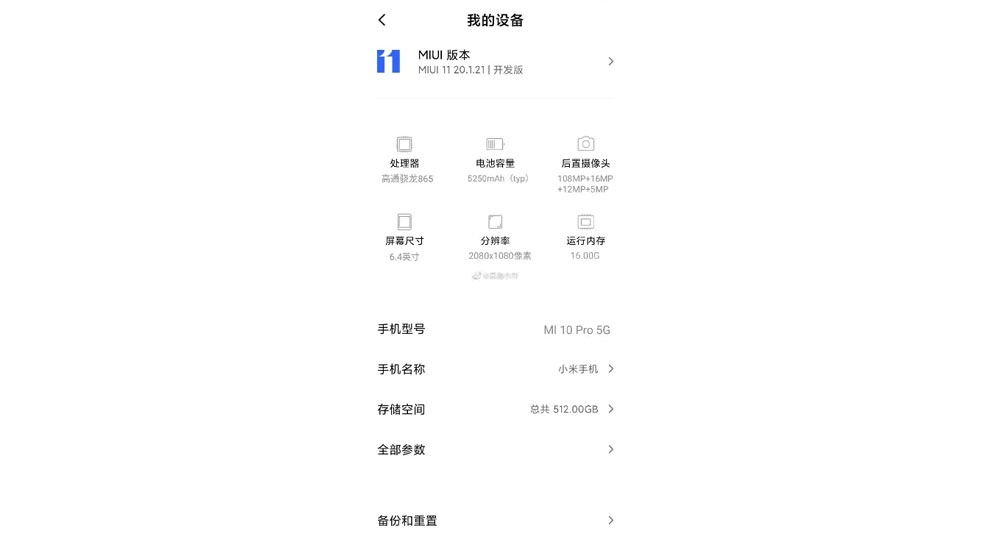 Meanwhile, most of the specifications mentioned in the new leak are similar to what were leaked earlier, the only significant difference is the size of RAM that has become 16 GB this time.

Xiaomi could give a tough fight to Samsung that is rumoured to bring the Galaxy S20 Ultra in 16GB of RAM option.