New Delhi : Facebook-owned WhatsApp is believed to be testing a crucial feature that will allow a user to asses if the forward message in their chat box is true or misinformation.

The company has released 'search message on the web' feature in its latest 2.20.94 to Android-based WhatsApp beta. With the feature, users will be allowed to copy and paste the content from the forward message to the Google search engine and verify it, WABetaInfo, community blog reported. 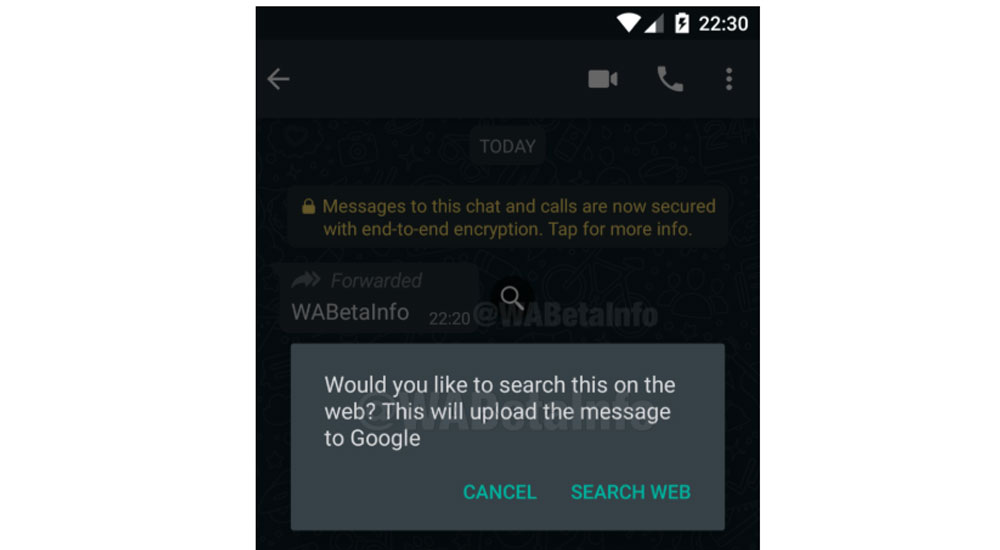 Interestingly, WhatsApp has been testing a similar search (only images) feature to take on fake news for a couple of years now. It all started after the government made rules strict due to misuse of the social media platform. The Indian government had asked WhatsApp to come up with an action plan to curb the spread of misinformation on its messenger app.

Post that WhatsApp has been proactively sharing ads both on print and online platforms to warn people about the fake news. Recently, the company had restricted the total count of a message forward to five.

Now, taking note of misinformation being spread over coronavirus on the platform, the company is trying to ensure that no panic is created due to wrong information.

If the feature is not released soon enough, this may further fuel unrest not just in India, but around the world as well.