New Delhi : A WhatsApp message is being circulated massively with the images of streets filled with currency notes. It has been claimed in the message that the Italians are throwing away their money after they found it useless in curing the loved ones of coronavirus.

"Wealthy Italians have come to realize how VALUELESS money is. As they throw the paper shit on the streets," wrote a Twitter user.

Wealthy Italians have come to realize how VALUELESS money is.. As they throw the paper shit on the streets...

"Italians threw their money on the streets. They say it's of no use to them now," wrote a Facebook user. 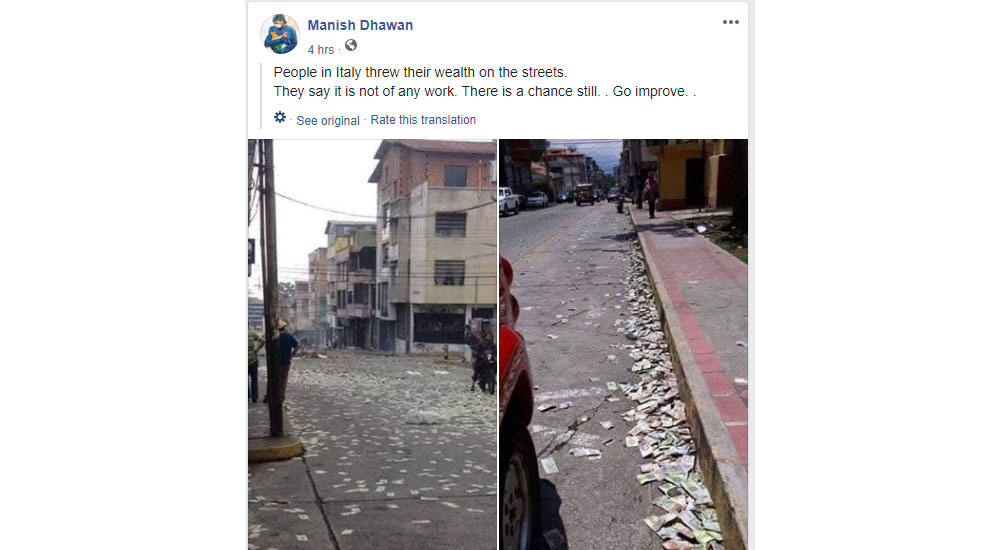 After we researched about the images, we found that the pictures attached to the claim are from Venezuela and at least one year old, much before than the coronavirus outbreak in Italy. 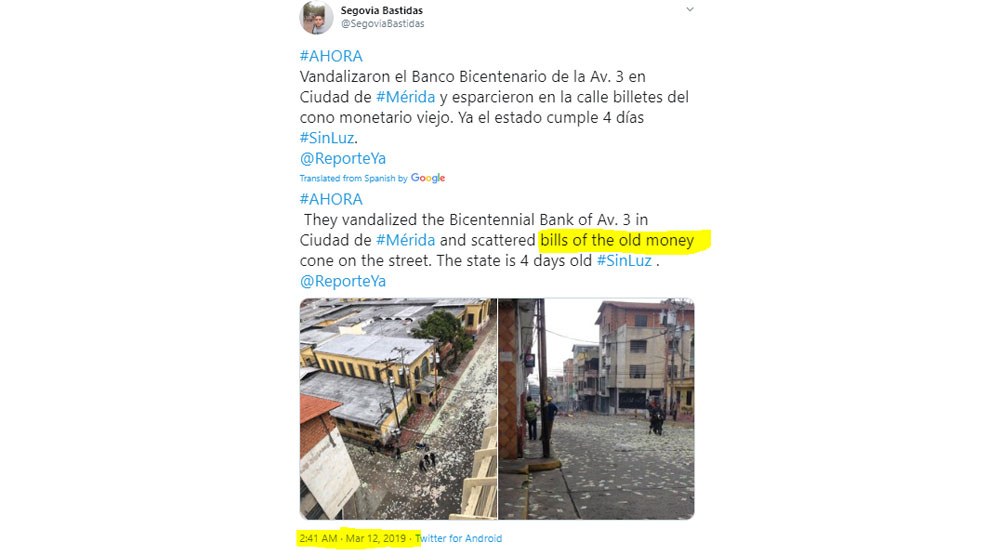 Apparently, the residents threw their old currency on streets as it became worthless for them.

'All CBSE Class 1-8 students to get promoted to next class'
Fact Check: Did Bill Gates tag coronavirus outbreak 'a great corrector'?
Top News