Slovakia : A dramatic car crash video in Slovakia is going viral on the internet. Caught on camera; a BMW car rammed into an elevated fixture on road side, leaving car taking a flight into the top of a tunnel.

According to the information posted on the Facebook post, the 44-year-old driver survived the crash and received only minor injuries.

The car, reportedly, crashed outside the Borik tunnel in northeast Slovakia early morning on Thursday. At the time of accident, only driver was inside the car. The driver has cleared the alcohol and sobriety tests and appeared to have fallen asleep, Slovak police in the post featuring the video clip.

Over two million people have watched the video on Facebook page. The police department also posted two pictures of the damaged vehicle. 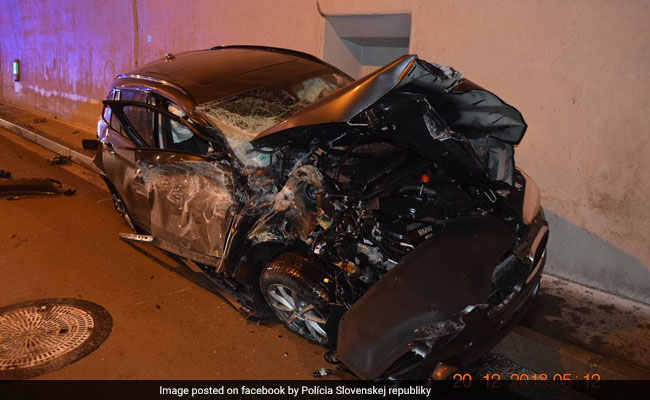