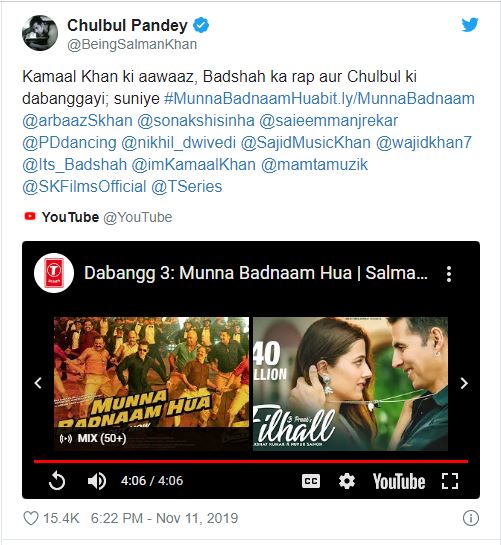 The song has been inspired from the 2010 hit song 'Munni Badnaam Hui' from the first installment of the cop series.

Earlier, the makers had released the trailer for the movie and it had received immense praise from the fans. The songs are just adding to the hype and making it harder for fans to wait and hit the silver screens.

The film, which also stars Sonakshi Sinha and Saiee Manjrekar, has been scheduled to release in theatres on December 20.