Bengaluru techie goes missing after he sells car on OLX, massive hunt on

Bengaluru : A Bengaluru techie has been missing from the city since last Monday. He had gone to meet a buyer of his car whom he found on the OLX.

Ajitabh Kumar, who worked at British Telecom, had listed his car for sale on OLX website and left home around 6:30pm. According to his close knowns he might have gone to show his car to a buyer.

"We have formed four teams to search for Kumar Ajitabh, who left his house at Whitefield in the city's south-east suburbs on December 18 morning, apparently to sell his car to a buyer, but did not return home. His mobile phone is also switched off since then," inspector Praveen Babu told news agency IANS.

He was last seen active on Whatsapp around 7:10 pm the same day. His friends have filed a missing complaint at the police station.

The techie had been staying with his childhood friend Ravi in Bengaluru's Whitefield ever since he moved to the city in 2010.

"He had got through an executive MBA program at IIM Kolkata, he had to pay around Rs. 5 Lakh by December 20 and we guess that's why he had put up his car for sale, to fund his fee. When he left home he was in casual wear and didn't tell anyone where he was going," Ravi said. 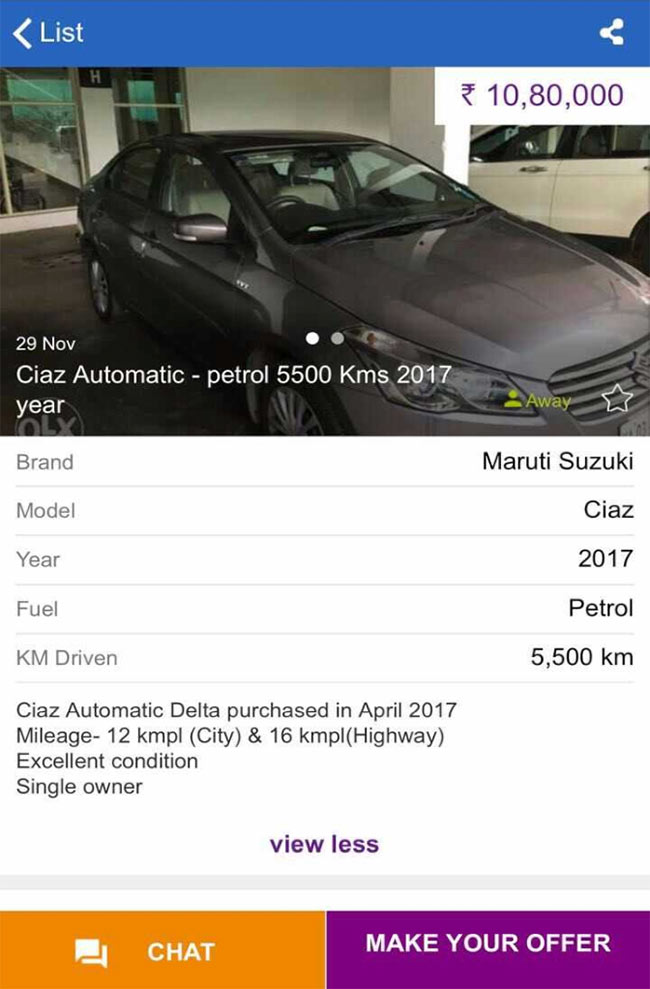 The cops are now looking for the techie and his car for which they have not received any clue till now.