New Delhi : A latest leak has revealed one of the most anticipated smartphones of 2017 – Samsung Galaxy S8, which as per leak has some of the most striking specifications to lure its customers.

As per the photo leaked prolific tipster Evan Blass on internet, the smartphone comes with an all-metallic back a large display with hardly any bezel visible on all sides. The home button is also missing from the device. 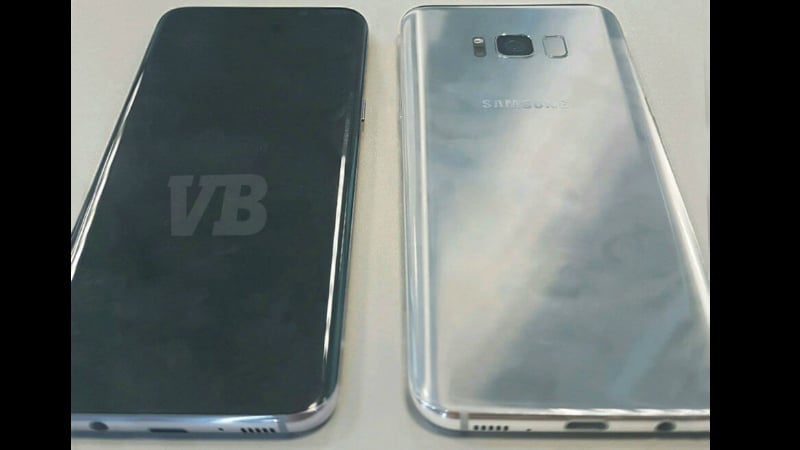 On the back, finger print scanner has been placed adjacent to the camera. The Samsung logo has also been settled at the back, apparently to pitch this device as 'all-display' design.

The image reveals that the 3.5mm audio jack is coming back. Furthermore, the Galaxy S8 will sport a USB Type-C port, and a speaker grille at the bottom edge.

As per the leaked information, Samsung Galaxy S8 is likely to have display of 5.8-inch and 6.2-inch in size. The latest Snapdragon 835 processor has been paired with 4GB RAM, and 64GB inbuilt storage that's expandable via microSD card (up to 256GB).

The device will be sporting a 12 MP rear and 8 MP front camera; and will be powered with two battery options of 3000mAh and 3500mAh.

The smartphone will come with a service called DeX that will allow you to transform the device into a mini Android computer.