New Delhi : Xiaomi has released the first impression of its Redmi Note 6 Pro, a successor of Note 5 Pro. The handset from the house of Chinese manufacturer is all set to be launched in the Indian market. Currently, the company is facing tough competition aganist Asus ZenFone Max Pro M1, Nokia 6.1 Plus, Motorola One Power, and Honor 8X.

Now, it seems that Redmi Note 6 Pro with fight back and may win the race. The smartphone is scheduled to be launched in New Delhi on November 22. After detailed survey, we have come across the expected price, specification, camera quality and so on.

Redmi Note 6 Pro comes with resolution of 1080x2280 and a maximum brightness of 500 nits. The 2.5D curved edges help the display glass meet the frame of the phone smoothly. Though the Note 6 Pro strongly resembles the Redmi Note 5 Pro, there are a few cosmetic changes. The new model is 0.5cm thicker and slightly wider but feels the same in your hand as would the Redmi Note 5 Pro. 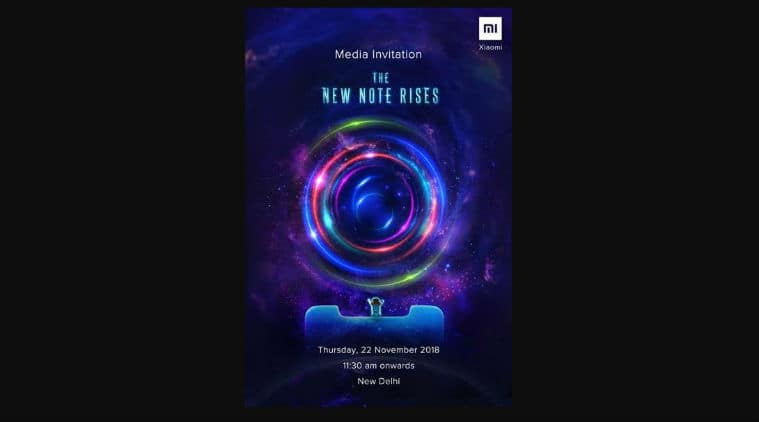 The Redmi Note 6 Pro sports the lock/ power button and volume buttons on the right, and a hybrid dual-SIM tray on the left. This tray can take either two Nano-SIMs or one Nano-SIM and a microSD card at a time. Storage is expandable up to an additional 256GB. On the bottom, there is (still) a Micro-USB port, the external speaker on the right, and a faux speaker grille on the left for symmetry. The 3.5mm headphone jack, microphone, and IR emitter are all placed on top of the smartphone.

In terms of camera, the Redmi Note 6 Pro has slightly improved version. While there's still a 12-megapixel primary autofocus sensor and a 5-megapixel secondary depth sensor, both have wider f/1.9 apertures compared to the cameras on last year's model, theoretically allowing for more light to be captured for clearer shots. Daylight shots seemed crisp, in our limited time with the Redmi Note 6 Pro.

There is a 20-megapixel primary sensor and a 2-megapixel depth sensor on the front for portrait shots. The handset weighs about 182g and a little heavier than Redmi Note 5 Pro.

Redmi Note 6 Pro uses the same Qualcomm Snapdragon 636 as its predecessor. We would have preferred a slightly more powerful processor, such as the Snapdragon 660, which the Chinese phonemaker uses in its Mi A2 smartphone.

In India, Xiaomi will launch two variants of Redmi Note 6 Pro, Redmi Note 6 Pro. The Redmi Note 6 Pro runs MIUI 10 on top of Android 8.1 Oreo, with no official timelines announced for an Android 9.0 Pie update. As with previous MIUI-based Xiaomi smartphones, this one too comes with a tonne of customisations, proprietary apps, and additional features. For starters, there is a Security app with functions including a RAM cleaner, security scanner, battery manager, data usage overview, and more.

The Redmi Note 6 Pro has the same 4,000mAh battery capacity as its predecessor, and supports the same 10W level of charging. It has a battery saver mode that can be customised to cut out activity from apps that might be draining the battery in the background.