Fact Check: Cops did not beat up filmmaker Sudhir Mishra

New Delhi : There have been many videos showcasing policemen thrashing people for not obeying the lockdown orders announced by PM Narendra Modi on March 24 for the safety of the nation from novel coronavirus pandemic.

In a recent video, viral on the internet, a man in white hair was thrashed by the policemen for roaming out without a reason and people on social media concluded that the man is filmmaker Sudhir Mishra.

A Facebook user "Harry Sadhnani" uploaded the video with a claim - "Famous director Sudhir Mishra getting beaten by police". In the video, people can be seen standing in a queue following social distancing measure and the alleged man arguing with the cops. The video shared is below:

News Heads tried to go in detail and check the authenticity of the claims made with the video. We have found that the man getting beaten up in the video is not Sudhir Mishra, even the director clarified it with a tweet.

In a tweet, Mishra wrote, "I am quite amused that people think I would take a beating without reacting. Every tall white-haired guy is not me. What shocks me is that the glee of the troll brigade. How sick! Whoever that coward who takes a beating like that, it ain’t me, sickos! Get a life!"

In another tweet, he said, "... By the way, till date, I’ve never had a problem with the police... I am sorry to disappoint you but that fat long john wearing fair guy with full hair at the back ain’t me." 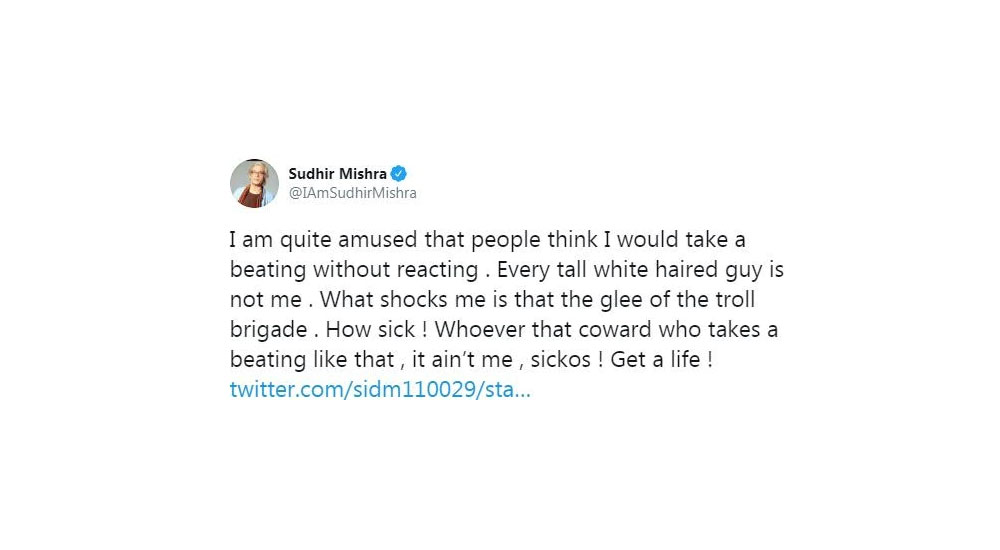 Meanwhile, it could not be established who the man is who is shown in the video.

CLAIM: Filmmaker Sudhir Mishra getting beaten up by police during the lockdown

CONCLUSION: The man getting beaten up by police is not filmmaker Sudhir Mishra

Soap or Sanitizer: What is better for coronavirus prevention?
Telangana cuts salaries by up to 75% amid coronavirus outbreak
Top News