Kerala : Villagers in Kerala are shocked to see a calf taking birth with two faces. Last week, a farmer’s cow gave birth to a calf with conjoined heads; interestingly, the calf has four eyes on the head, two mouths and a pair of ears.

People from across the village and nearby areas thronged to get a glimpse of the miraculous calf, who has become the centre of attraction.

While it all sounds mesmerizing, it has its own set of problems for the calf. Due to the birth defect, the calf has two tongues and because of it, he is unable to drink milk naturally, so the farmer has to feed him milk from a bottle each day.

The condition that the calf suffers with is called Dicephalic Parapagus, which affects just one in every 100,000 cows. 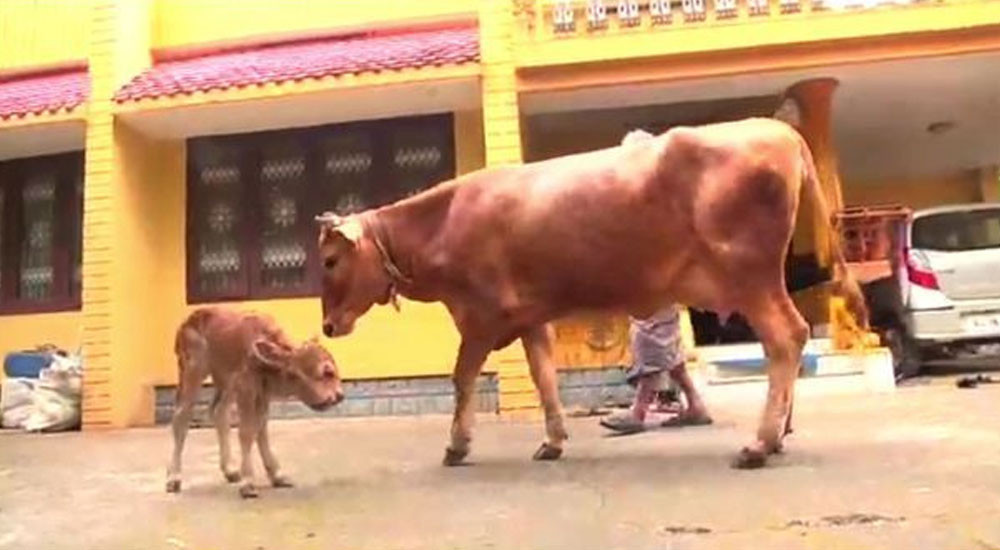 As per studies, animals born with Dicephalic Parapagus have low survival rates and only a very small number are known to have reached adulthood.

However, at present, both the cow and calf are stable and we hope that the calf survives against the odds.