London : Queen has approved the special request of UK PM Boris Johnson to suspend parliament from the middle of next month, which will restrict MPs' ability to block a no-deal Brexit.

With the approval, parliament will be prorogued in the week beginning 9 September until 14 October.

This is the date on which a new Queen's Speech - detailing the legislative agenda of Mr Johnson's administration - will be held.

Asked if he was denying opposition MPs the time to stop a no-deal Brexit, the prime minister said: "No, that is completely untrue.

"We are bringing forward a new legislative programme on crime, hospitals, making sure we have the education funding we need."

He also said that there will be ample time for MPs to debate over Brexit before a "crucial" Brussels summit of EU leaders on 17 October. 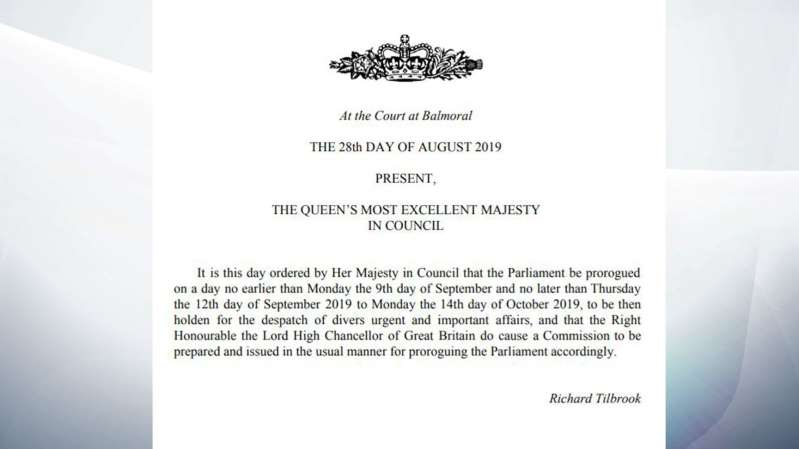 KEY DATES: WHAT'S HAPPENING OVER THE NEXT 64 DAYS?

Writing a letter to all the MPs, the Prime Minister said legislation to ratify a new Brexit deal will be the prime focus of Queen's speech. 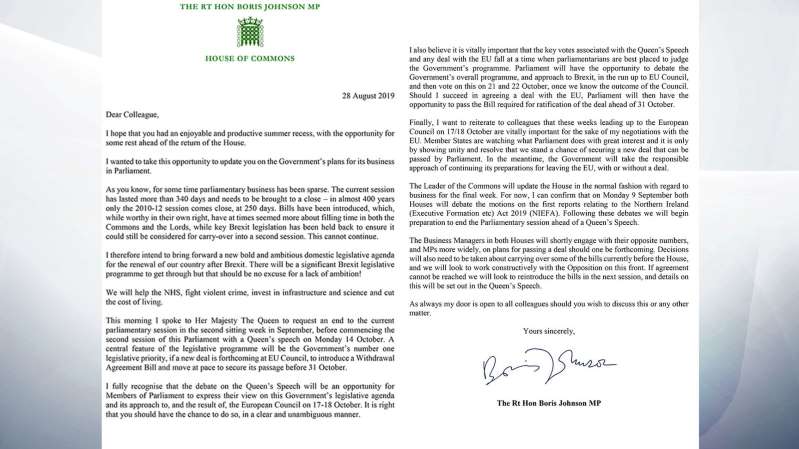 "These weeks leading up to the European Council on 17/18 October are vitally important for the sake of my negotiations with the EU," he added.

"Member states are watching what parliament does with great interest and it is only by showing unity and resolve that we stand a chance of securing a new deal that can be passed by parliament."